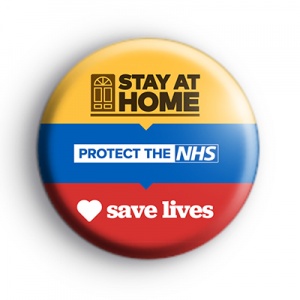 The Chequers has a long history. It is first mentioned in any document held by Bedfordshire & Luton Archives & Records Service in 1749 when, as the Chequer, it was sold by James and Dorcas Smith to Henry Howard; it was then stated to be east of Caddington Green and south of the lane from Caddington Green to Luton. This sounds like the position today’s Chequers occupies and the supposition that today’s public house is the successor to that of 1749 is strengthened by the fact that the 1749 document was part of the title to today’s pub held by its then owners J. W. Green Limited. Today’s Chequers appears to be a 19th century building.

Henry Howard’s heir, Thomas sold the Chequers to George Wilkins in 1759 and his heir, Francis to Robert Pateman in 1784. Pateman’s trustees and residuary legatees of his will then sold the inn to the Luton brewers William and Solomon Burr in 1813.

Burr’s brewery was bought by another Luton brewer, Thomas Sworder in 1860. His business underwent a number of vicissitudes and at one point, chiefly because of the Burr purchase he was close to bankruptcy. The business was saved by large injections of cash from his Hertford uncle (also named Thomas Sworder) and by an agreement with his chief creditors, William Burr’s trustees Edward Burr and Richard Hatley Crabb and a group of three associates including Dunstable brewer Benjamin Bennett. An account of rents for 1867 shows that the three associates paid £30 per annum to Thomas Sworder & Company for the Chequers.

In 1889 the house was valued as sufficient security for a loan of £500. Sworder’s business continued until 1897 when it was sold at auction and purchased by Luton competitor John William Green. J.W.Green Limited owned the Chequers until 1954 when the firm merged with Flowers Breweries and took the Flowers name. Flowers was then bought by Whitbread in 1962 who owned the pub until the company shed all its licensed houses and brewing business in 2001. At the time of writing [2012] the Chequers remains a public house.

The countywide licensing register of 1903 stated that the public house was in good repair and was clean and satisfactory as regard sanitation. It stood 126 yards from the nearest licensed premises (The Bricklayers Arms) and had two front doors at a door from the yard at the back. In 1927 the Chequers was valued under the 1925 Rating Valuation Act, the valuer found that trade was reasonable – two and a half to three barrels of beer, six dozen bottles of beer and ten dozen bottles of minerals per week along with a gallon of spirits however, the canny landlord: “does not know gross takings”. As for the building it comprised a tap room a “nice” club room, bar, scullery and living room downstairs with a cellar beneath and five bedrooms above; outside were a stable, wood shed and W. C. attached to the house along with a public earth closet – all water came from a public well.

List of Licensees: note that this is not a complete list. Italics indicate licensees whose beginning and/or end dates are not known: